For The Heart
/
Inspiration
/

Learn the colors of ML by getting to know its #GoodPeople. 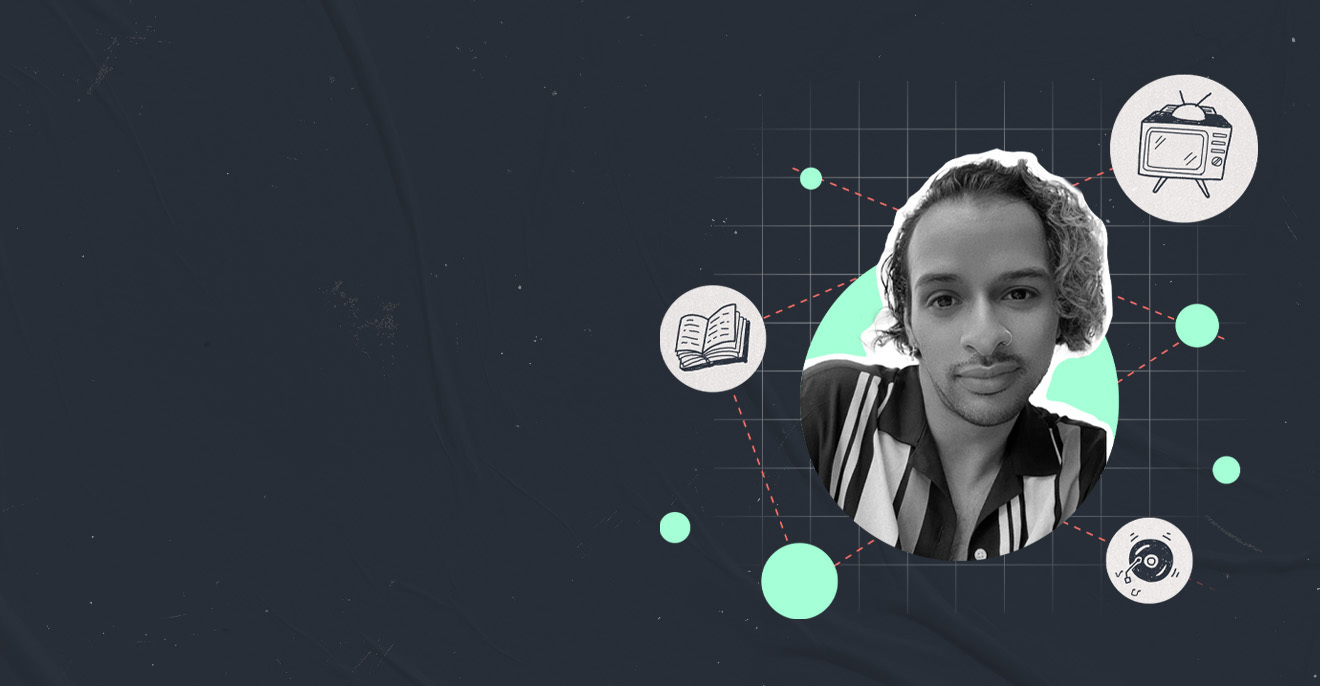 Human beings are wired to want connection. As the social creatures that we are, most of what we do stems around being connected—social media, happy hours, and even friendsgivings are designed to keep us tie to each other through constant awareness, memories made, or shared experiences.

But how do you find connection with someone you may not know all too well? Simple: ask questions.

One fun way to approach it is to ask them to take the Colbert Questionart, created by the folks behind The Late Show with Stephen Colbert. Need a quicker solution? Find out what they’ve been consuming and get their thoughts on it.

Enter Connect the Dots with ML.

In our new monthly series, one member of our team or #GoodPeople Network will share three things: what they’ve been reading, watching, and listening to, along with a hot take about something they’ve had on their minds. Learn the colors of ML by getting to know its #GoodPeople.

What Are You Reading? 📚

The Seven Husbands of Evelyn Hugo by Taylor Jenkins Reid

I cannot stop talking about this book. The first time I read it, I brought it with me to the beach and couldn’t put it down until I devoured it all. Written by Taylor Jenkins Reid, it tells the story of fictional Old Hollywood star, Evelyn Hugo, who at 79 years old gives a tell-all interview to an unknown journalist, Monique Grant. What follows is a tantalizing and revealing look into Hugo’s life, including her seven marriages and the true love of her life, which has remained a secret until now. The author does a good job of providing you a glimpse into how life was in Hollywood but also in general for women back in the day, allowing you to feel empathy and at times pity for Hugo, even if she doesn’t necessarily deserve it. And that’s the magic of this book: Evelyn Hugo isn’t a good person yet you can’t help but cheer for her and want her to win. Whether she does or not, I won’t tell. You’ll just have to go and read it for yourself.

What Are You Watching? 🎥

This summer, I finally caved in and watched Ted Lasso on Apple TV+. For those not in the know, it’s a comedy series that centers on an American college football coach who is hired to coach a British football (or soccer, as us Yankees call it) team in an attempt by its owner to spite her ex-husband. Its first season was released to critical acclaim, earning 20 Emmy nominations with 4 wins, including Outstanding Comedy Series. As someone who is not into sports at all, I thought this show wouldn’t be for me but boy was I wrong. It is the perfect comedy show. Not only is it funny but it features fully fleshed-out characters, played perfectly by the actors, and so much heart. At times, all the feels can be a little icky but I let it all slide because it’s just that good. I binge-watched the two available seasons in about 3 days and am fully ready to declare my undying love to Roy Kent.

If you know anything about me, you know that I love female actors. If I were to list my all-time favorite actors, my top ten would primarily consist of women. From Meryl Streep and Angela Bassett to Anne Hathaway and Viola Davis. One of my favorite films released this year features another favorite: Emma Thompson. Good Luck to You, Leo Grande, currently available on Hulu, is a comedy-drama that tells the story of an older widow (Thompson) who hires a sex worker (beautifully played by Daryl McCormack) to teach her everything about sex, in the hopes of having her first orgasm. The performances of the two leads are simply sublime, bringing to life a script that is so well-written, presenting the complexities of sex in a way that is real and digestible for audiences. This might be my favorite performance from Emma Thompson and if there is any justice, both of these fine actors would have a heavy presence during the awards season this year.

What Are You Listening To? 🎧

THE QUEEN IS BACK! And what a way to come back. Six years after her last solo album, Lemonade, Beyoncé has released Renaissance, the first in a new trilogy project. More uptempo than her previous releases, Renaissance sees the singer taking inspiration from house and disco music and features tons of samples and interpolations from prominent artists and personalities in the Black and LGBTQ+ communities. While Lemonade told Bey’s emotional journey after her husband's infidelity, this new album features themes of escapism, self-assurance, and joy. The best thing about this album is how effortless it is; 16 tracks that blend seamlessly into each other, giving listeners the feeling that they are listening to a DJ mix as opposed to an album. I have played this album from start to finish probably over 100 times since its release. It’s just a fun record and truly makes me want to let go of everything, be happy and celebrate being UNIQUE.

When able, invest in convenience and ease of mind. The older I get, the more I realize how priceless time is and deciding how you want to spend it. . If you can get that new dresser delivered completely built, do it! Pick up that ready-to-use dough for your pizza instead of getting frustrated trying to make your own! Sometimes we need to give ourselves a break. Rather than spending 2-3 hours assembling that dresser, invest in the time to connect with friends or yourself instead. As long as the additional costs won’t break the bank, lean into convenience. After the last couple of years we’ve all had, we deserve it.

Studies have shown that having strong and consistent human connections can lead to a happier and healthier life. I like to think that by sharing what we’ve been consuming, in some way, ML has made your life better!

Stay tuned to next month’s edition to learn more about the #GoodPeople of ML. 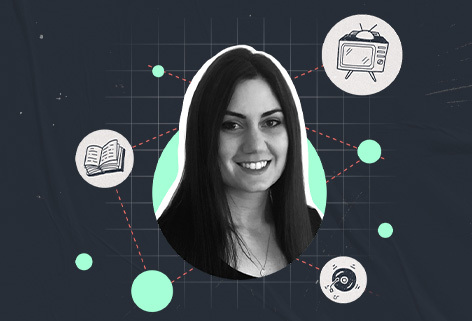 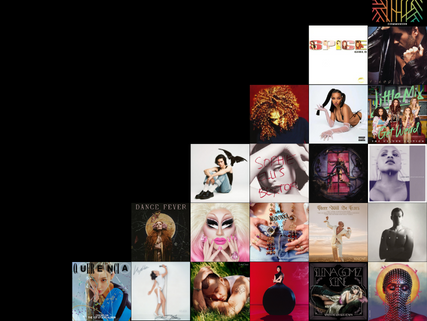 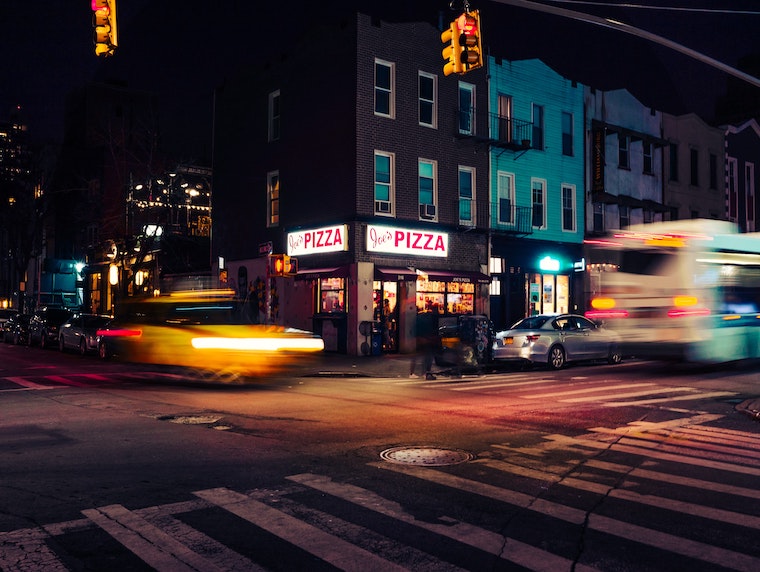